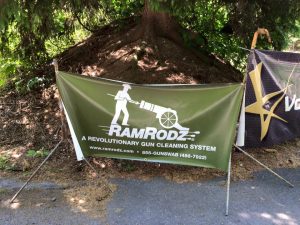 Woodstock, NY (April 2015) – RamRodz®, Inc. is excited to announce its Platinum Level sponsorship of  the 2015 Pennsylvania State Steel Challenge Series at Guthsville Rod & Gun Club. The Series kicks off with the Spring Match on May 30, 2015.The PA State Steel Challenge Series consists of three matches: two Tier 1 matches and one Tier 2 three-day State Championship. Held in May, July, and September, each match consists of 6-8 stages with 9 divisions to compete in. Awards include cash prizes and caliber-specific RamRodz to the winners of each division at all three of the matches.

RamRodz, Inc. is proud to support competitive shooters, and wishes all who compete in the 2015 PA State Steel Challenge Series good luck!